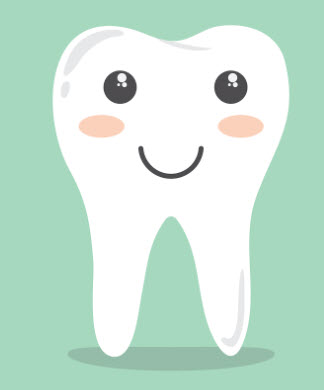 The importance of maintaining clean teeth and healthy gums goes beyond having fresh breath and a white smile.

Many people are surprised to discover that oral hygiene plays an integral role in overall health.

Research indicates that oral health mirrors the condition of the body as a whole.

Also, regular dental visits can alert dentists about overall health and pinpoint if a person is at a risk for chronic disease.

An oral health check-up also may be the first indication of a potential health issue not yet evident to a general medical doctor.

According to the Academy of General Dentistry, there is a distinct relationship between periodontal disease and conditions such as heart disease and stroke.Researchers have found that people with bleeding gums from poor dental hygiene could have an increased risk of heart disease. Bacteria from the mouth is able to enter the bloodstream when bleeding gums are present.

That bacteria can stick to platelets and subsequently form blood clots.

This interrupts the flow of blood to the heart and may trigger a heart attack. Brushing and flossing twice daily and rinsing with mouthwash can remove bacteria and keep gums healthy.

The Office of the Surgeon General says infections of the gums that support the teeth can lead to facial and oral pain.

Gingivitis, which is an early stage of gum disease, as well as advanced gum disease, affects more than 75 per cent of the American population.

Dental decay can lead to its own share of pain.

Maintaining a healthy mouth can fend off decay and infections, thereby preventing pain.

In 2007, the Harvard School of Public Health reported a link between gum disease and pancreatic cancer.

In the ongoing study, 51,000 men were followed and data was collected beginning in 1986.

The Harvard researchers found that men with a history of gum disease had a 64 per cent increased risk of pancreatic cancer compared with men who had never had gum disease.

The greatest risk for pancreatic cancer among this group was in men with recent tooth loss.

However, the study was unable to find links between other types of oral health problems, such as tooth decay, and pancreatic cancer.

Various health ailments, including poor oral health, have been linked to a greater risk of developing Alzheimer’s disease.

A 2010 study concluded that there is a link between gum inflammation and Alzheimer’s disease.

Data indicated that a bacterium, Porphyromonas gingivalis was present in the Alzheimer’s brain samples but not in the samples from the brains of people who did not have Alzheimer’s. P. gingivalis is usually associated with chronic gum disease.

As a result of the study, experts think that the bacteria can move via nerves in the roots of teeth that connect directly with the brain or through bleeding gums.

These health conditions are just a sampling of the relationship between oral health and overall health.

Additional connections also have been made and continue to be studied.